What is ALPD® & Its Development

ALPD® or Advanced Laser Phosphor Display is a type of fluorescent laser technology which has impressive applications in image display. Through the use of mixed multi-color laser lines and laser-excited fluorescent materials, it can create a cinema-image display. ALPD® was first invented in 2007 by Appotronics®, the parent company of WEMAX®. Appotronics® currently counts with well over 2000+ global patents, which include regions such as China, the US, Japan, South Korea, and beyond. Through a decade of dedicated research and development, our parent company Appotronics® has been consistently upgrading its technology and procedures, resulting in the advance from ALPD®1.0 to ALPD®4.0, With ALPD®4.0 Appotronics® not only provides improved brightness and higher color fidelity, but it also manages to provide these image improvements with no speckle interferences. Appotronics® not only formed the basic technical system that feeds this new technology, but they consistently strive to improve on it and innovate in the industry. 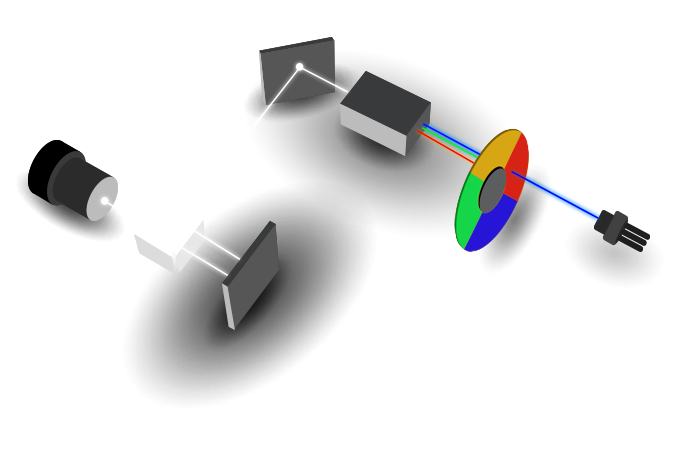 1. 2007 saw the start of ALPD® laser display technology With the register of the ALPD® basic patent in both the US and China Patent Office.

2. ALPD®1.0, was successfully launched and first saw use as the technology powering rear projection video walls.

3. The unique combination of phosphor and laser brought with it many advantages that other systems couldn't replicate.

4. Its efficient structure design proved to be a considerable advantage in its performance and use. 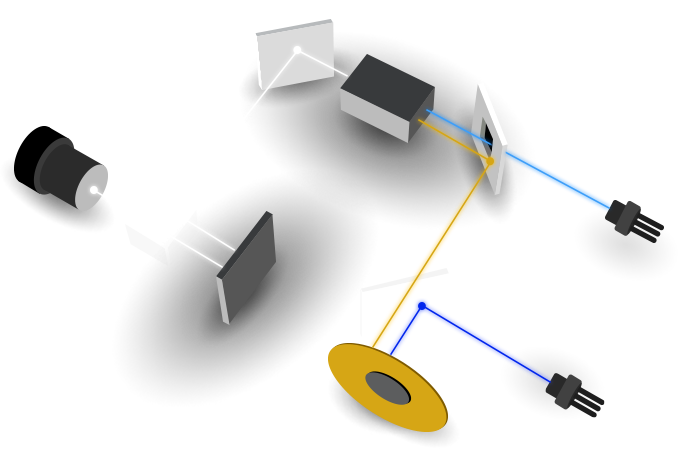 2. It offered higher brightness for both home and exterior uses.

4. Thanks to its continuous light path, it offered good image and brightness uniformity 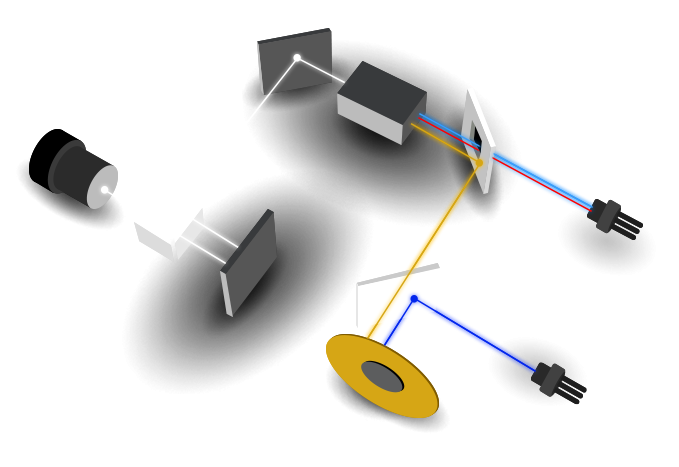 1. ALPD® 3.0 was first developed in 2015 for use in cinemas, integrating the red and blue two-color lasers and phosphor technology.

3. It adopted the DCI P3 color gamut, the cinematic color standard in the film industry. 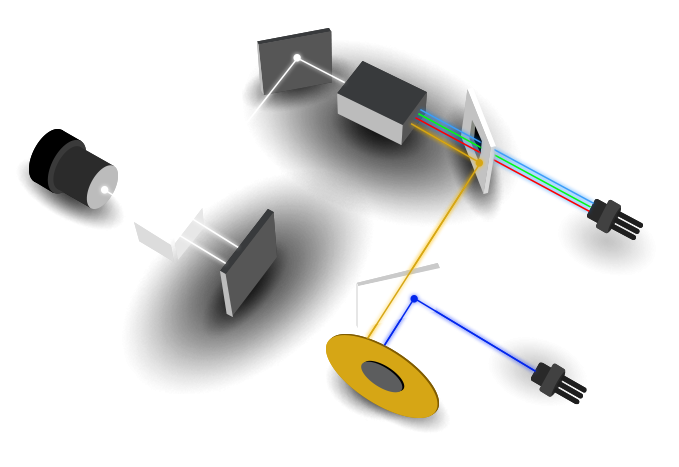 1. ALPD® 4.0 was first developed in 2018, providing the ultimate viewing experience with its phosphor and laser technology.

3. 4.0 offers higher contrast in its pictures, reaching the cinema standards of 2500:1

Thanks to its improved light efficiency compared to other models and technologies, the ALPD® digital projector saves on electricity consumption; reducing both costs and its ecological footprint. 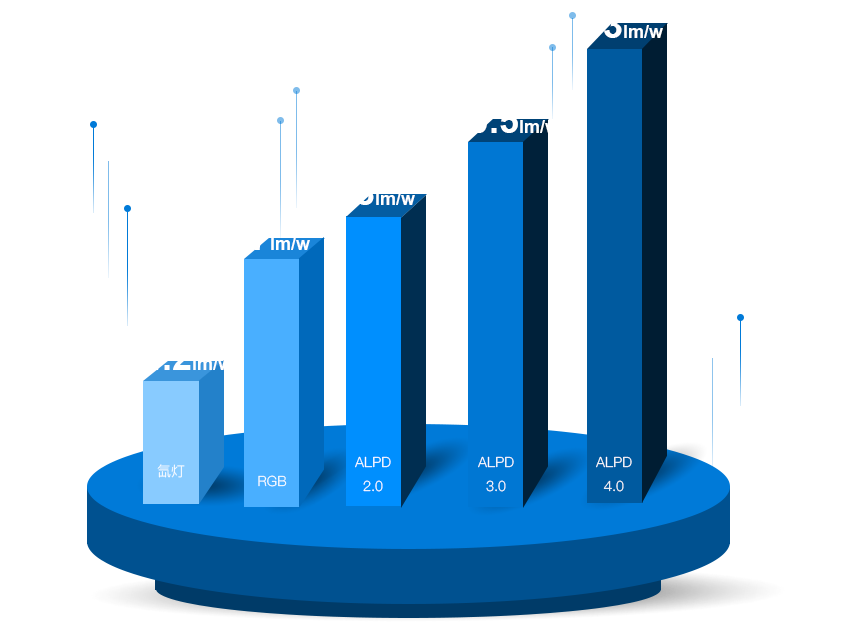 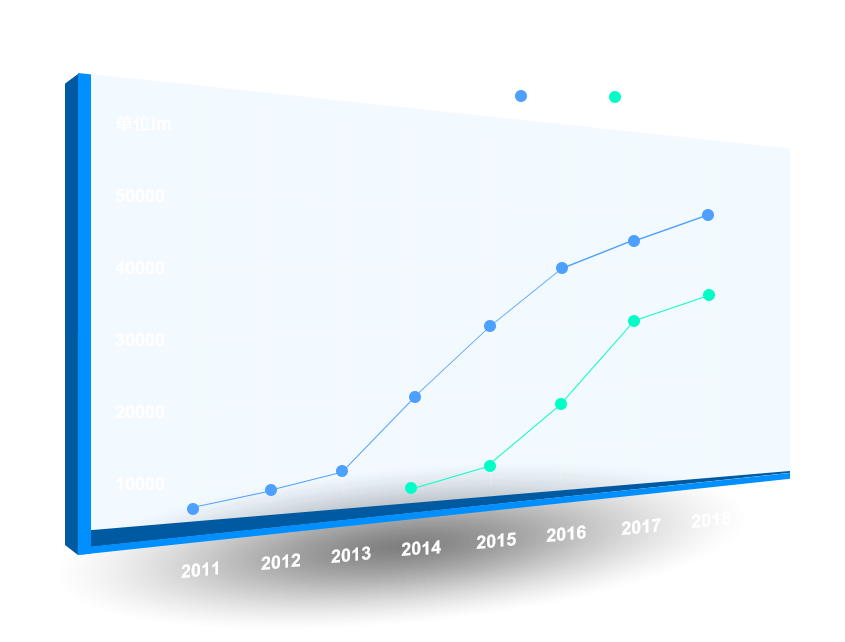 Through the use of phosphor + laser image solutions, the color performance of ALPD® projectors reaches the DCI cinema level standard. This means projectors have a maximum color gamut that reaches 98.5% of Rec.2020. 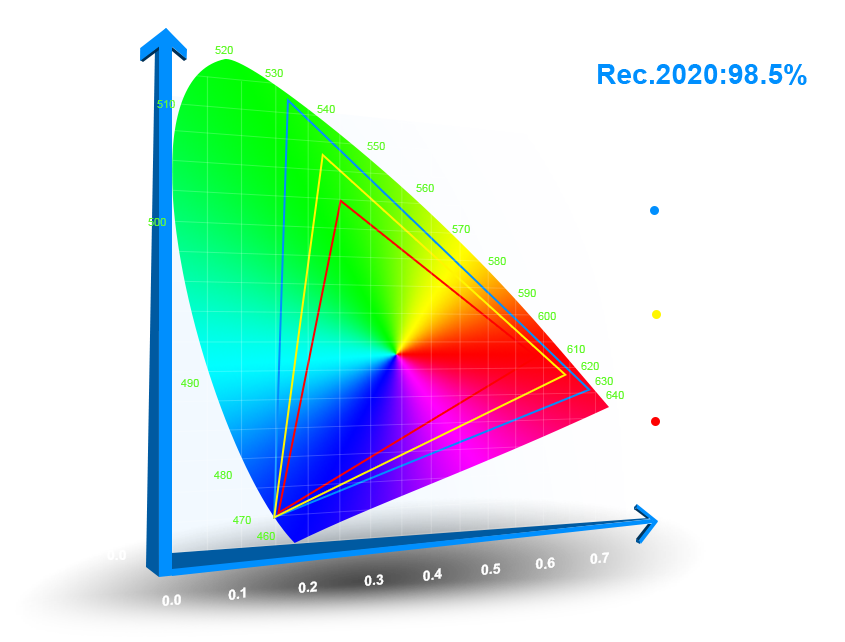 Thanks to its high light utilization ALPD® provides improved contrast on all of its pictures; reaching the cinema standard of 2500: 1. 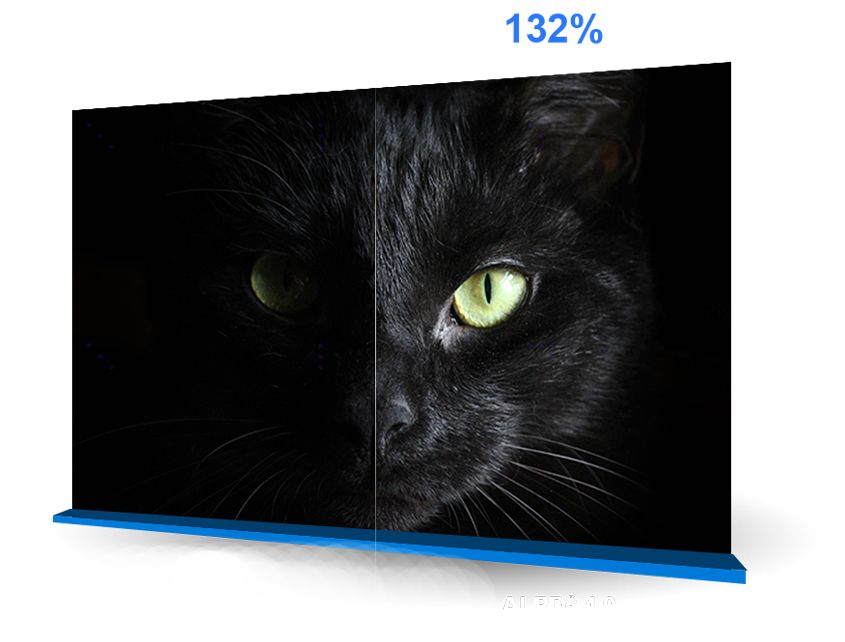 ALPD® provides improved endurance and durability. Having cleared multiple tests including but not limited to: aging test, dustproof test, heat dissipation test, and structural strength test, Our projectors have performed impeccably under high temperature and high humidity settings and have been granted the IP5X dustproof rating.

In short, we must understand that Appotronics® invented a brand new light source technology with ALPD®. This allowed Appotronics® to transform this innovative technology into innovative products that can be used in day-to-day life and are ready to enrichen the user experience and open a larger horizon for people all over the world.
New Light New Life has always been the motto of Appotronics®. And this has led the company to change human life with its technological innovations, realizing its ideal and ambition of providing customers with a "new light source and new life".

With original laser display technology, Appotronics® solves the problems that existed in traditional cinema projection such as dark screen, insufficient brightness, and inadequate 3D playing, bringing excellent picture quality and viewing experience to the audience. By far, more than 30,000 high-end theaters around the world have already adopted the advanced ALPD laser display technology by Appotronics®. Projector Cleaning and Maintenance: How to Clean Your Projector Is It Worth Buying a 4K Movie Projector? Best Pocket Projectors for Your Phone Is a Projector Better than a TV for Living Room? Best Mini Portable Projectors for Indoor and Outdoor Use How to Pick Your Right Business Projector

ALPD® or Advanced Laser Phosphor Display is a type of fluorescent laser technology which has impressive applications in image display. Through the use of mixed multi-color laser lines and laser-excited fluorescent materials, it can create a cinema-image display. APLD® was first invented in 2007 by Appotronics®, the parent company of WEMAX®. Appotronics® currently counts with well over 2000+ global patents, which include regions such as China, the US, Japan, South Korea, and beyond.

2. How does the ALPD®(laser phosphor) works?

Appotronics® invented the cutting-edge ALPD® laser display technology, and registered the ALPD® patent in the US and China Patent Office.

Developed in 2015, the ALPD® 3.0 technology was primarily based on red and blue 2-color laser and Phosphor technology. It boasts high color accuracy, DCI P3 color gamut, and 100% color brightness. It was designed for use in movie theaters and the light source efficiency increased by 20% from the 2.0 generation.

Developed in 2018, the ALPD® 4.0 technology integrated RGB 3 color laser and fluorescent to reach a color gamut 98.5% of Rec.2020, delivering the ultimate viewing effect. ALPD 4.0 is a big step from the 3.0 generations. It brings high contrast ratio to the cinema standard of 2500:1 and is 30% more light efficient than ALPD®3.0.